HomeFree Vogue Workshop
From past Festival

Who is Jay Jay Revlon?

Jay Jay Revlon is a Voguer and DJ born and bred in Peckham, London.

Jay Jay started voguing from the early age of fourteen where he was inspired to “take it to the runway” from watching voguers in New York. Inspired by voguing’s freedom of movement Jay Jay began to learn the artform, join a house (the House of Revlon) and vogue down in London, Europe and New York City.

Jay Jay continues to perfect his craft and help support and develop the ballroom (voguing) scene in London. Jay Jay has collaborated with prominent ballroom figures from the US like MikeQ, Byrell The Great, Vjuan Allure and Twiggy Pucci Garcon to name a few. Dedicated to ballroom, its history and culture, Jay Jay continues to grow as a voguer and contributes to London and Europe’s ballroom community by giving workshops, taking part in ballroom discussions and interviews, and throwing and curating vogue balls and related queer cultural events.

In addition to building on his experience as a trained dancer, Jay Jay has expanded his work in voguing through DJing. He has had the pleasure of playing shows in Paris and at the best and up-in-coming club nights in London. Jay Jay has been featured on radio shows and co-founded English Breakfast London (EBL), a platform for voguing, with his friend Sydney UltraOmni. Together Jay Jay and Sydney run a fun and successful club night in East London called Lets have a kiki, which showcases house and vogue music.

What is Vogue Fem?

“Vogue femme is fluidity at its most extreme with exaggerated feminine movements influenced by ballet and modern dance. Styles of vogue femme performance range from dramatics style (which emphasizes stunts, tricks, and speed) to soft style (which emphasizes a graceful, beautiful, easy flow). There are six elements of vogue femme: hand performance, catwalk, duckwalk, floor performance, dips, and spins (unofficial). When competing in a vogue femme battle, contestants should showcase all six elements in an entertaining fashion.” – Voguing Performance 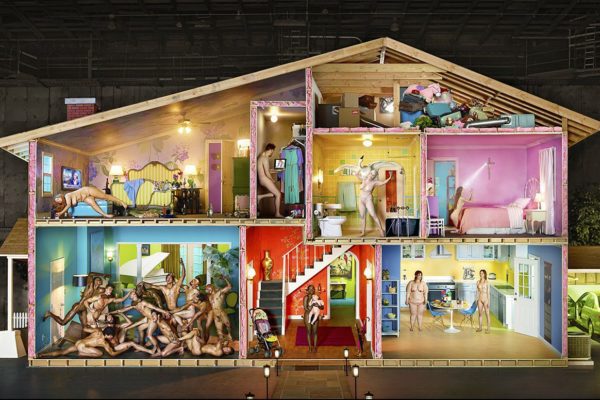 Join us in the RUMPUS ROOM at Peckham Festival for a day of fun and frivolity; in which we celebrate the local…
From past Festival